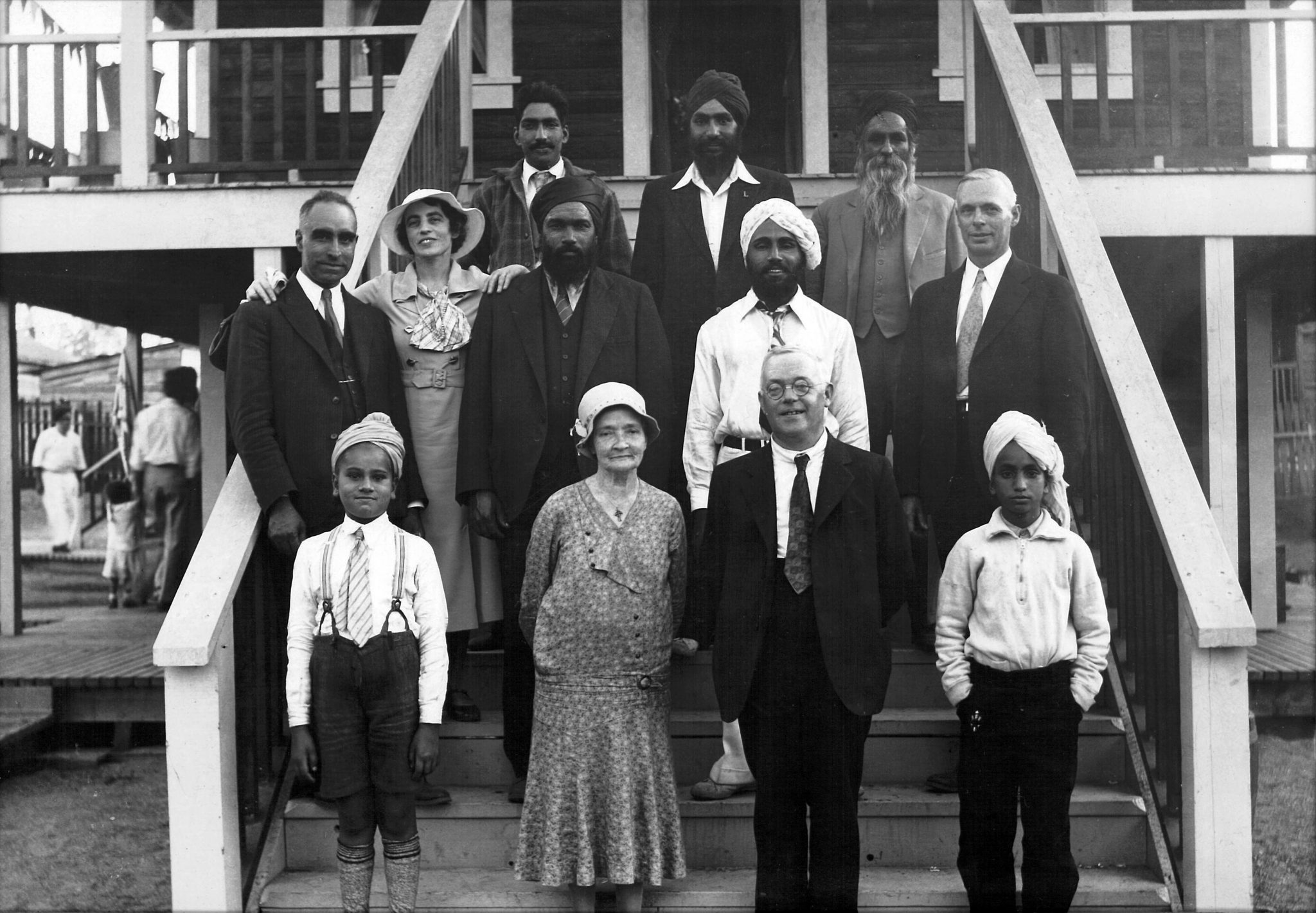 Posted at 13:47h in Pioneer Interviews by sharn

Naginder Singh Sidhu’s grandfather Jaimal Singh came to Vancouver in 1902. He began his journey with only 16 rupees in his pocket and travelled via train to Calcutta from his village of Dhade, Punjab, India.  From Calcutta he took a boat to Shanghai, China.  He was informed in Shanghai that there was an island known as Hong Kong, where only British subjects were permitted entry.  Jaimal Singh then made his way to Hong Kong, where he heard of working opportunities in Canada. He promptly took a ship to go to Canada and arrived at the port of Vancouver with dreams of a better life for his family.

Upon arrival in Canada, Jaimal Singh made his way to Abbotsford, BC to seek work.  He worked in a sawmill that was situated on Mill Lake where he pulled logs by horse.  Jaimal Singh lived in a barn with several other Punjabi men who all shared a mattress. In their spare time, the Punjabi men would take lumber that was donated by their employer from Mill Lake to the site of the Abbotsford Sikh Temple for the construction of the temple.

Jaimal Singh later worked in Prince Rupert for a period of time in a sawmill but when this mill closed he went to seek work at the Hillcrest Lumber Company in Duncan, BC.  Jaimal Singh then returned to India to start a family and had a son, Lakha Singh, in 1911.  Lakha Singh was followed by his brother, Ajagar Singh and sister, Gurnam Kaur.

One very fascinating anecdote which Naginder Singh shares is how his grandfather Jaimal Singh held the casket which held the body of Mewa Singh, who was hung by the Canadian government for shooting and killing W.C. Hopkinson. Hopkinson, as many know, was one of the key informants and spies working against the Punjabi’s on board the Komagata Maru tragedy of 1914.

Jaimal Singh brought his son Lakha Singh to Canada in 1926. Lakha Singh, who was 15 years old,  first went to school to learn English and lived with his father in a bunkhouse with 20 other men who all worked in a saw mill together. Naginder Singh recalls how his father told them that the schools were segregated and that he was the only Punjabi in his class with other students of Chinese descent.

Lakha Singh soon quit school to take his place as foreman at the Hillcrest Lumber Company. They received between 10 and 15 cents an hour and worked 6 days a week. While they all pitched in to have a cook, those workers whose children were in school did not have to chip in because they all hoped an education would help in the betterment to settle in their new country. Lakha Singh once commented on how their work slips had ‘Hindoo’ written on them.

Naginder Singh Sidhu was born on January 30, 1946 at the Vancouver General Hospital and in November 1946 the entire family returned to India because his mother was critically ill with tuberculosis. Naginder spent his childhood in India and returned to Canada on September 24, 1965 when he was 19. At the time, the government only allowed emigrants to bring 8 dollars but Naginder Singh brought an extra 100 dollars with him, along with a few pieces of clothing. His father’s close friend, Paul Singh Dhaliwal of Mission, B.C. received Naginder Singh from the airport and housed him for a few days. During this time, Paul and his nephew Gurdev Singh Dhaliwal helped Naginder Singh find a job. Naginder Singh worked at a mill in Merritt temporarily and then returned to Vancouver to work in another mill. When this mill closed down he continued his work in the industry at a different mill. During the 1960’s it was common to hear that Canada was a “white man’s country” but he is glad to see that aboriginals are given this credit today. Naginder Singh believes that racism had decreased to a large extent because the minority groups have increased.

The Sidhu family also has a long history connected to the Gur Sikh Temple, as can be seen with some of earliest images of the inside of the Gurdwara, where Lakha Singh often attended community meetings, and took part in discussions related to the community. The entire family is proud of the connections they have with the Gur Sikh Temple.